Play aces & eights for real money at these casinos 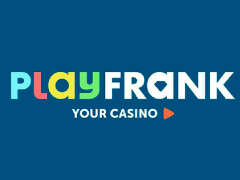 Learn what is Aces & Eights and its basics advantages

Aces & Eights is the video poker, represented by famous Microgaming company. On the start to the big winnings, you have to choose the size of the coin, its amounts for the bet and trigger the hand deal. After this, five cards create the poker combination: you final winning depends on the power of the hand. The higher is the combination the more generous is the profit.

Aces & Eights casino game has the classical view for such type of the gambling entertainments as video poker. Here you will see five playing cards with the table where each certain combinations are used. Each deal includes five cards that create combinations, part of which provides payouts. If the combination is worse than the pair of Jacks, it is not going to be paid. The more coins you will use the more prizes will occur. Therefore, here are the main combinations:

In order to make a bet you have to do minimal amount of the operations. First, you have to determine the nominal of the coin for the game. There are 0.25, 0.5, 1, 2, 5 and 10 credits. For each successful combination, gamblers will get the rewards. After the payout, you have to decide to play at the common mode or double the payout.

Aces & Eights online video poker is the best way for those who wants to switch off the spinning reels and active paylines, remembering such casino games as Poker. In spite of the fact the rules are simple and unchangeable for the decades Microgaming developer found the compromise by varying the gaming process in the terms of the payouts for the separate combinations. Do not want to deal new cards in order to get prizes? Use the Double mode where you will increase the gambler’s amount by several times. Play Aces & Eights video poker for free or real money and the fortune is going to present a smile for you! Good Luck!

Common Draw Roulette
Leave a Feedback of Aces & Eights
iMoneySlots uses cookies to ensure that we give you the best experience on our website! READ MORE
GOT IT!